Angela Strraughend (안젤라 스트라우젠트 Anjella Seuteulaujenteu, アンジェラ・ストラウゼント Anjera Sutorauzento) is a witch and one of the playable characters in Rusty Hearts. She wields elemental and healing magic alongside a blade named Graestra (그라이스트라 Geulaiseuteula, グライストラ Guraisutora) which begins as a Magic Sword (魔剣), but can transform into a Scythe or Glaive depending on the chosen weapon focus. Estel is her skill master and a friend from her childhood who trained with her under her master, Rebecca. 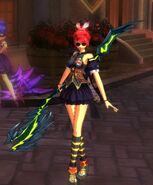 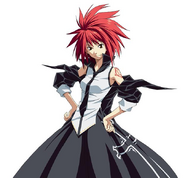 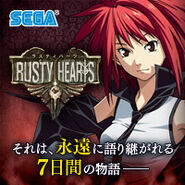 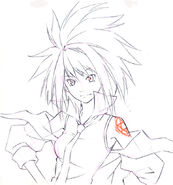 Sketch of her Japanese character portrait 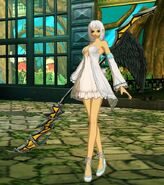 Retrieved from "https://rustyhearts.fandom.com/wiki/Angela_Strraughend?oldid=18495"
Community content is available under CC-BY-SA unless otherwise noted.